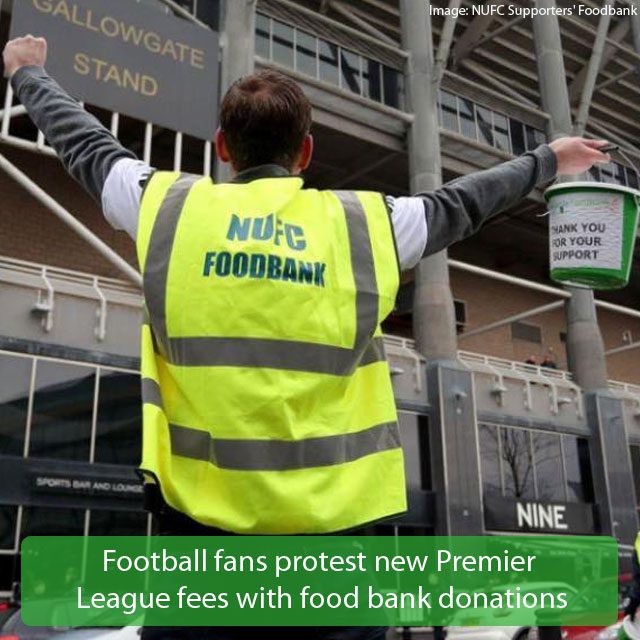 Supporters are being asked to use the £15 they would spend on watching their team to help vulnerable fans and hit back against ‘extortionate’ plans.

Fed-up football fans have donated thousands of pounds to food banks in protest at “brazen” new charges introduced by the Premier League.

The NUFC Fans Food Bank asked Newcastle United supporters to donate to a food bank instead of paying a new £14.95 pay-per-view fee to watch games on Sky Sports or BT Sport, charged on top of the TV subscription costs and, for some fans, the money already paid for season tickets.

The grassroots supporters’ group has raised almost £2,500 in a matter of days through the #CharityNotPPV campaign and are urging supporters of other Premier League clubs to do the same.